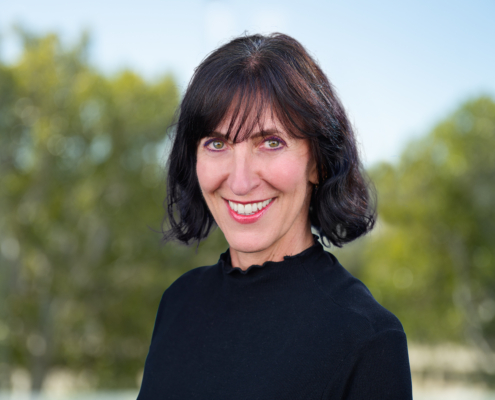 Ms. Johnson founded Daré Bioscience Operations in 2015 and has served as President, CEO and a member of the Board of Directors since its inception and following its business combination with Cerulean Pharma in July 2017, when the Company was renamed Daré Bioscience. Ms. Johnson is a life sciences executive committed to advancing improvements in women’s healthcare.

Previously, Ms. Johnson served as President of WomanCare Global Trading, a specialty pharmaceutical company in female reproductive healthcare with commercial product distribution in over 100 countries, from October of 2014 to May of 2015, and CFO and COO from July 2013 to October 2014. Ms. Johnson provided financial consulting services to the WomanCare Global family of companies, including the United Kingdom-based non-profit division, from November 2012 to July 2013. From 2002 until its sale in 2010, Ms. Johnson served as CFO of Cypress Bioscience, a publicly-traded pharmaceutical company, and in addition served as its COO from 2008 until its sale in 2010. Ms. Johnson began her career in the biotechnology industry as a research scientist with Baxter Healthcare, Hyland Division, working on their recombinant factor VIII program, and later held marketing and sales positions with Advanced Tissue Sciences and Clonetics Corporation.

Ms. Johnson currently serves on the boards of directors of ATAI Life Sciences, a publicly-traded clinical-stage biopharmaceutical company aiming to transform the treatment of mental health disorders; Aethlon Medical, a publicly-traded company developing immunotherapeutic technologies to combat infectious disease and cancer; Biocom California as board chair elect; and the Clearity Foundation as past Board Chair. Additionally. Ms. Johnson serves on the Board of Advisors of Tulane University School of Science & Engineering and on the Audit Committee of Project Concern International.

Ms. Johnson was honored by Athena, a San Diego-based business organization championing women executives and rising managers in science, technology, engineering and mathematics, with the Individual in Life Science award in 2017 and the same year received the “Moxie” for her grit and determination and positive impact in the community from the award-winning MOXIE Theatre, a Southern California theatre dedicated to producing diverse and honest images of women using the art of theatre. She was an E&Y Entrepreneur of the Year San Diego finalist in 2018 and in 2019 was recognized as an entrepreneur in the PharmaVoice 100 and honored as 2019 Director of the Year in the Emerging Board Leader category by the San Diego Corporate Directors Forum.